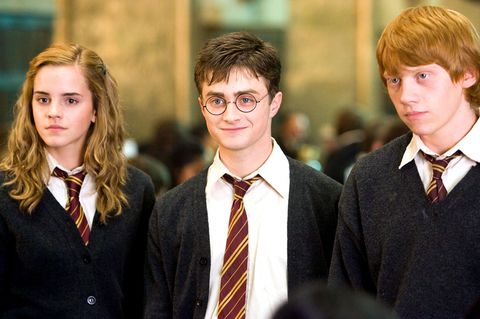 Some of the most important parts of a story can be as simple as the main character’s name.  Names can be the driving force behind a character and can help to explain their background, characteristics, and traits without going into extreme detail and backstory.

Let’s take three characters who I’m sure most people have had the pleasure of hearing about over the years. Three characters who go by the names, Harry, Ron, and Hermione. Heard of them? From the beginning of the Harry Potter series, we can tell what the character is capable of and how they’ll be portrayed in the story by their names alone. Harry, meaning army commander or home and house protector, is the main character of the series. He finds himself at the head of many battles throughout the series whether it be with witches, wizards, muggles, or magical creatures.

Potter is an occupation, a maker of drinking and storage vessels, coming from Middle English, Middle Low German pot. A potter is simple or ordinary. When these two names are combined it shows that while Harry comes from a simple background, he is still capable of being a leader.  Ron comes from the meaning of mighty ruler or counselor and Hermione’s meaning is a messenger.

The first thing I wanted to do before writing my book was to find names that I thought fit the characters according to their personality and also what I wanted the character to represent.  Adira Morgan is the main character.  And while her name is different, it definitely stands out.  I wanted her name to show who she is as a person and not the person she sometimes feels she is. Her disability shouldn’t define her and I wanted to make that clear. While she is physically weak at times, she rises above her differences and handicap.

Adira means strong, noble, and powerful. I wanted her last name to be a play-on-words so to speak with my last name because in a way the book is almost a fictional autobiography. Morgan means fighter of the sea and while this shows she’s a strong character, finding a name that shows the area in which she lives was a bonus because the story is set in Santa Cruz.

For the four main characters whom Adira spends most of her time with, I wanted them to represent what they meant to each other as friends.  Caden and Lee are the sons of the two men who started the record label where Adira goes for her internship. They have known each other the longest. Caden means friend and companion and Lee means shelter. Max is one of their best friends who is also sort of the comic relief. His name means greatest. And Alan is another intern who is the last person to join Caden, Max, and Lee’s band that they’ve been trying to complete for a while. Alan means harmony.

For some of the smaller characters, I still wanted their names to have a meaning and help bring the story together through what they represent.  Derek is Caden’s father and doesn’t really understand why his son is obsessed with music when he should be helping run the family business. Derek means ruler. Lena is Adira’s best friend and was her roommate at school. She helps Adira find balance in a situation when she is overthinking something. Lena means light or shine.

Jessika is Caden’s girlfriend who is tired of working at the record label and is ready to move to start her own career. Her name means full of high inspirations.  Jade is the final intern and is trying to get into the business for more of the glamorous side of things rather than learn about the structure of the business. Her name means stone or artwork. Finally, the last character is Brian Talisman. He’s a producer at one of the most well-known record labels in Los Angeles. He’s been in the business for many years, but is more of an older brother/father figure to his clients and is still in a punk band himself.  Brian means noble and Talisman means complete. He is the one who gets the guys an audition in Los Angeles, and like a talisman, he sets out a path of good luck for Caden, Max, Lee, and Alan’s band.

Names can seem so ordinary, but a name is what makes everyone unique, it’s what they are called and what they represent. Names in stories help bring the story together without having to show a character’s personality through their actions. They give structure and content to a character before knowing anything else about them.